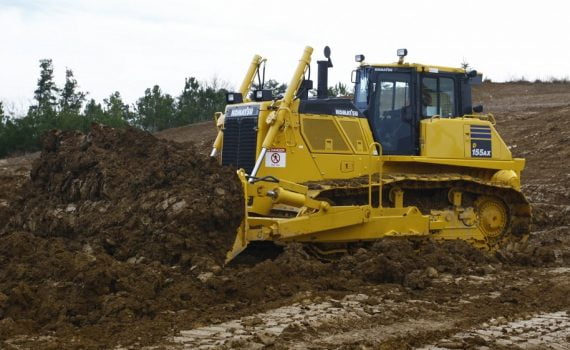 When you’re hunting for dozers for sale, Komatsu bulldozer must be at the pinnacle of your list. The name is considered to be one of the best-known brands in the construction and mining devices manufacturing industry. In an enterprise as aggressive as this one, Komatsu machines provide the best of what is available in the market.

A Komatsu bulldozer is the epitome of reliability. These machines are extremely heavy earth moving equipment which lives very long. Komatsu provides commendable durability in its machines. Also known as “crawler dozers” these bulky contraptions are designed to push heavy rocks and difficult soil out of the manner on construction sites. A sharp, long-lasting blade hooked up on the front end and a heavy mechanical claw at the rear end of the machine are the components that do most of the work.

With over thirty one-of-a-kind models of Komatsu dozers, such as swamp dozers and pipelayers, the wide variety of these high-quality dozers rule the market as it is impressive. A whole construction agency could be supplied with machines of this logo only, and have the business entirely run on a single reliable brand like this one. 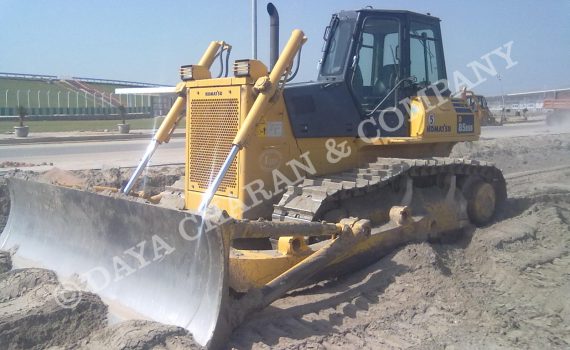 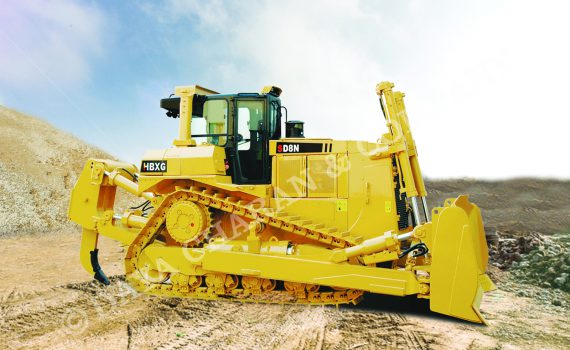 Daya Charan and Company are in collaboration with HBXG company of China for the dealership of new technology elevated sprocket Bulldozer in India.

Our company offers high-quality products at reliable prices along with quick delivery and 24×7 after-sale service. We have the latest technology and highly efficient HBXG Bulldozers for sale. Bulldozer Model TY165-3, SD5K, SD7K, Sd7n. Bulldozers ranging from 13 ton to 40 tons in weight capable of working in one of the toughest conditions are the best fit to be purchased at such rates.

These heavy machines can be put to use in construction, mining and earthmoving projects. With a powerful Cummins engine, these elevated sprocket machines are known for their endurance on the field. They are equipped with easy maintenance transmission systems, LED lights, suspended rollers, and ROPS air-conditioned cabin. We have strong distribution capabilities Pan-India, so why wait to take them for your project!